Kristin Feireiss (*1942) of Berlin, Germany, is an architecture curator, writer, and editor. She studied art history and philosophy at Johann Wolfgang Goethe University in Frankfurt. In 1980, she founded (with Helga Retzer, † 1984) the independent Aedes Architecture Forum in Berlin as the first private architecture gallery in Europe. Since 1994 she has led this international platform in partnership with Hans-Jürgen Commerell and presented over 350 exhibitions and accompanying catalogues. Together with Commerell she also initiated the ANCB The Aedes Metropolitan Laboratory in 2009, which was awarded the German Innovation Prize in 2010 for innovative, progressive and cosmopolitan work.

About Aedes
The Location
The Aedes Team
Aedes in the Press
The Protagonists
Aedes Broschure (PDF, 2MB) 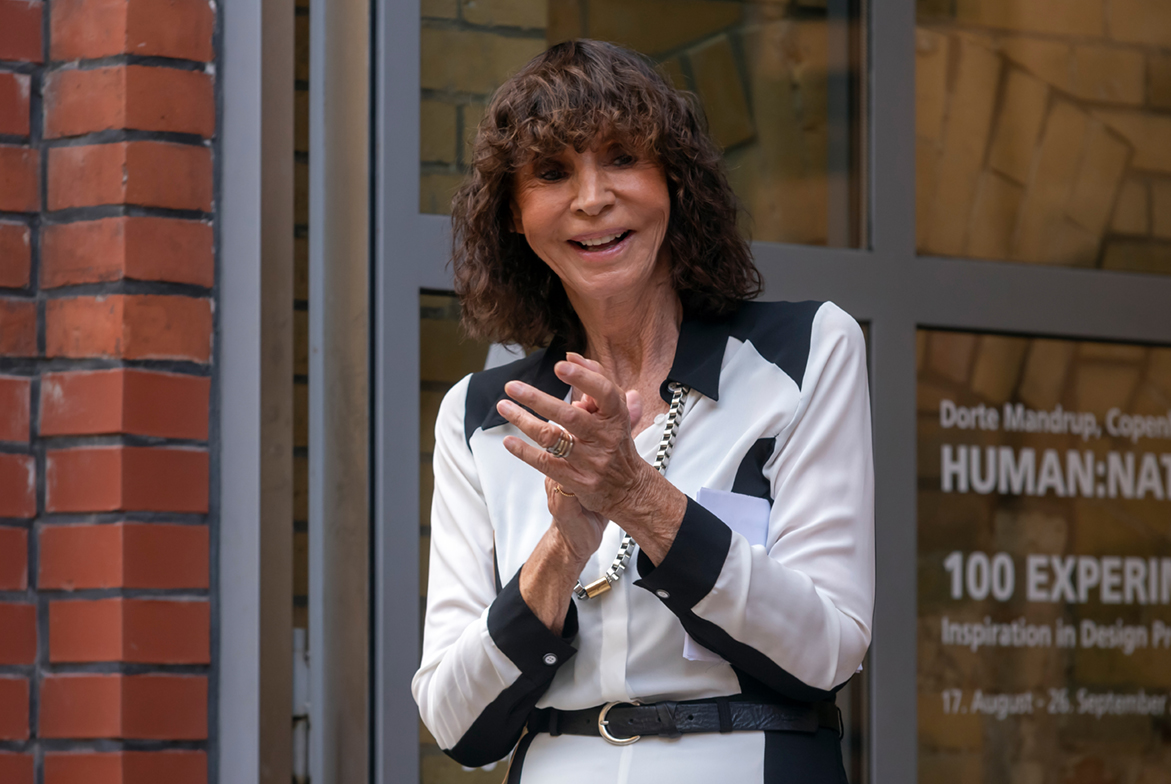 Feireiss' work deepens understanding of international architecture and urban development including the cultural, social and economic factors involved. Commissioned by the cities of Berlin and Paris she developed in 1989 the internationally successfully urban design exhibition Paris - Architecture and Utopia. As director of the Netherlands Architecture Institute (NAi) from 1996 to 2001, she brought greater attention to the transformative processes affecting cities and has carried out groundbreaking research in this area.

Feireiss received the Cross of the Order of Merit of the Federal Republic of Germany in 2001 for her international engagement with architecture.

Together with Hans-Jürgen Commerell she developed the Zumtobel Group Award: Innovation for Sustainability and Humanity in the Built Environment in 2006 that she curates until this day.

She received an honorary doctorate from the Wilhelmina University Braunschweig,
and was appointed as a member of the European Cultural Parliament in 2007.

Kristin Feireiss was further honored in 2013 with the Knight in the Order of the Netherlands Lion for her special achievements in the cultural field of architecture and her lifetime service.

In 2016 she was awarded as Honorary Fellow of the Royal Institute of British Architects
and received the Austrian Honorary Cross for Science and Culture.

In 2019 she was a jury member of the Russian Biennale of Young Architects, Kazan

Feireiss has edited numerous price-winning monographs and thematic volumes on international architecture and urban context. Central to her work is the relationship between men and architecture as well as the city as a social space and the creative potential of the informal.

The publication accompanying the exhibition of the same name Blank. Architecture, Apartheid and After (1998) at the NAi offered as one of the first a fundamental research on architecture and urbanism in South Africa.

The exhibition and publication Japan: Towards Totalscape (2001) provided an extensive analysis of contemporary architecture, urban-and landscape design in Japan.

With the book Informal City: Caracas Case (2005) Feireiss opened up the discussion on modes of urban informality in Europe.

Her recent books include Transforming Cities. Urban Interventions in Public Space (2015), which pursues the question of how individual projects not only stand out within the complexity of urban structures but can also bring about long-lasting change.