The university as an urban campus – Nine examples from Austria 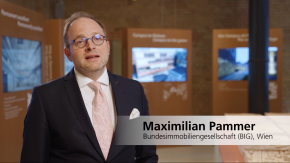 Universities and their buildings unite space, science, education and social life. Based on this content-related and spatial concept, the new type of “university as an urban campus” connects university locations with public spaces and creates interactions with the neighbourhood. The exhibition of the Bundesimmobiliengesellschaft (BIG) – a federal real estate owner in Austria – shows how good vibrations emerge from architectural discourse and urban planning by means of nine realised conversions and new buildings. The examples designed by national and international architects in Vienna, Graz, and Linz prove that campus and city are no longer separated from each other, but are instead entangled for their mutual benefit. Plans, photos and videos are presented, as well as a collage of urban planning models from all nine projects as a central installation.


The 1960s and 1970s were an era of new beginnings for the establishment and construction of new universities. Europe oriented itself toward the United States as an embodiment of democracy and progress – modern universities were created as campuses in green surroundings, with flat, open structures. Since they were often situated far away from city centres, they formed an opposite pole to historical urban universities with their generous open spaces.

Meanwhile, extensive investments in educational infrastructure are once again being made and universities are growing. But today, climate change and the digital transformation are totally redefining the parameters. Contemporary teaching is interdisciplinary and dialogue- and process-oriented, and calls for a very specific architecture. Students require technical, scientific, and spatial infrastructure as well as places for encounters, discourse, concentrating, appropriating, and participating. As a model for the creation of functional spaces, university architecture also has to interact with its surroundings from the perspective of urban development and be so structurally flexible that it can anticipate future changes.

New University Buildings in Austria
As one of the biggest real estate owners, the Austrian Bundesimmobiliengesellschaft (BIG) develops and manages public buildings around the country, including roughly 350 university buildings – from Renaissance jewels to modern university campuses. With the “urban university campus”, it is promoting a contemporary type that produces a connection between open space and interaction with the city. One of BIG’s important objectives is creating vital locations that satisfy the human need for stimulating, multifaceted surroundings by means of innovative new buildings and large-scale renovations. It prefers a holistic perspective and pursues far-reaching strategies – with architecture competitions as a basis for successful work.

Not only campuses on the periphery, but also traditional urban universities each have their particular deficiencies. Urbanity and life are missing from campuses on the periphery, and open space and greenery from those in the city centre. Successful compensation, as BIG generally strives for, results in a convergence of these two models, and, in the best case, in a link between them. The focus is on transforming the existing stock of buildings, which thus also makes a significant contribution to reducing CO2 emissions.

The “urban university campus” is often integrated into historical urban structures, which have been modernized by means of extensions, retrofits, and annexes. This applies, for instance, to the further developments of the University of Applied Arts in the densely built up city centre of Vienna, where existing open spaces in the carefully adapted building stock were sought out and interwoven with the existing buildings: here, an interior courtyard, atrium, street, and square form a new spatial structure for interaction that is open to diverse uses. The first campus in Austria—the Johannes Kepler University in Linz, which was constructed in the 1960s—has also been integrated with its surroundings in recent years through targeted interventions and building extensions.

Exhibition
The exhibition Good Vibrations, curated by the architect Peter Riepl, presents nine selected examples of new campus locations in the urban context. The various manifestations of the “urban campus” in Austria are depicted contextually in an environmental model at a scale of 1:1.300, which forms the central installation. Films, pictures, and texts provide further insights into the campus locations designed by national and international architects.

Bundesimmobiliengesellschaft m.b.H. (BIG) is one of the largest real estate owners in Austria. It develops, builds, maintains and revitalises 2,000 properties. The portfolio of BIG consists of schools, official buildings and universities. Office and residential properties are bundled in the subsidiary ARE Austrian Real Estate GmbH. Many properties are listed buildings, the oldest ones dating back to the Middles Ages. BIG has been striving to perfect the university as a place of research, teaching and interaction since its foundation in 1992. In cooperation with universities and the Federal Ministry of Education, Science and Research, BIG is in charge of planning the further expansion of Austria’s university locations. International climate targets are rigorously observed or even accelerated. Artworks (BIG ART) in public buildings initiate a dialogue with the population. BIG organises competitions to guarantee high-class architecture and received over ten builder-owner awards as well as prestigious international architecture awards in recent years. 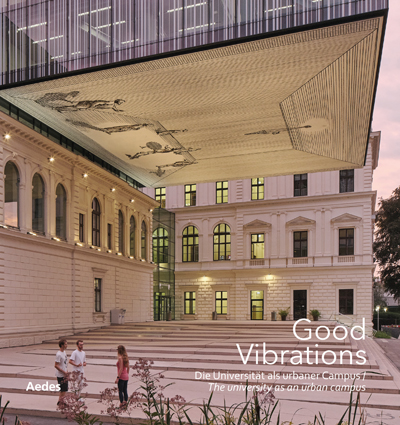