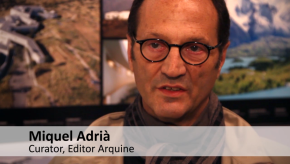 “Chilean architecture is originated and developed within its landscape. This exhibition shows the world the richness of contemporary Chilean architecture; where the extraordinary is part of the mundane. This is a selection of Chile’s outstandingly prolific period, after a constant existence on the sidelines. Now, Chile bursts onto the scene with the American continent’s most interesting architecture.” Miquel Adrià, curator and editor of the book ‘White Mountain’ explains.

Through an engaging installation and a series of videos the projects are displayed within their context that encompass the environment, inhabitants, and the place’s sounds, as well as a selection of photographic pieces. The exhibition’s task is to recreate the experience of being within and traveling across each and every work. On display will be projects by José Cruz Ovalle, Smiljan Radic, Mathias Klotz, Felipe Assadi+Francisca Pulido, Izquierdo Lehmann Arquitectos, Alejandro Aravena, Juan Agustín Soza, Teresa Moller, Pezo von Ellrichshausen Arquitectos, Germán del Sol, FAR Marc Frohn & Mario Rojas and the team ELEMENTAL.

The book ‘White Mountain. Recent Architecture in Chile’ was published by Puro Chile Editors in March 2011. It comprises 121 projects  and 60 offices, presenting an overview of Chilean architecture’s most representative and distinguished work of the past 20 years.

This initiative is led by Puro Chile Editors with the support of the Chilean National Council for Culture and the Arts, Pro Chile and its brand Chilean Architecture, and the Association of Architects of Chile.
The design of the exhibition was created by Mauricio Léniz, Elton + Léniz Arquitectos, based on an initial proposal by the architects Mathias Klotz and Ricardo Abuauad. The videos were produced by Pablo Casals-Aguirre.

Prior to the exhibition opening, the attending Chilean architects Yves Besançon, Mathias Klotz,Pablo Larrain and Alejandro Aravena will give a presentation of  their work. The lectures of the Chilean Architects will be held in english. 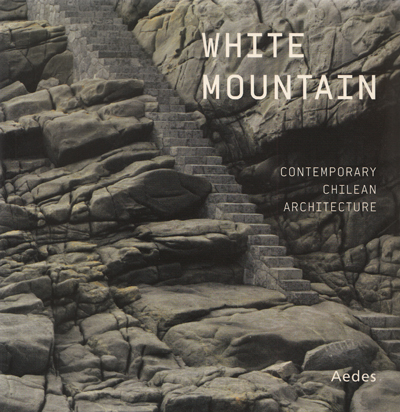