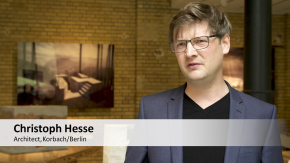 The design studio Christoph Hesse Architects addresses the notion of sustainable life, work and recreation in rural regions through diverse approaches. Its projects include new buildings as well as conversions - altogether they form a plea for self-sufficient, collaborative and identity-forming living spaces that actively involve the users in their design. Aedes is presenting a selection of planned and realised projects in the Sauerland and Waldecker Land region of North Hessen, based on atmospheric pictures and small- and large-scale models.

The architecture of Christoph Hesse and his team, illustrates how building in the countryside can be down-to-earth and creatively individualized, participatory, and energetically forward-looking - in collaboration with the local residents: grounded.

Waldeck-Frankenberg is a rural low mountain region situated in the centre of Germany. Christoph Hesse works there and in the neighbouring Sauerland on diverse architectural innovations. What characterizes his firm’s architectural approach is in-depth consideration of the cultural and historical context of the local sites. The designs thus react to the individual wishes and desires of clients and are closely connected with their surroundings.

Christoph Hesse explains: “Architecture, people, and nature have become more disconnected from each other than ever in the past twenty-five years. More and more people have become passive consumers and are less in the position to actively contribute to designing their living environment. This particularly affects rural areas. Specifically in communities that have historically been shaped by agriculture and craftsmanship, the harshness of living conditions made it necessary to lead a life of solidarity, and in holistic interaction with nature.”

“GROUNDED” presents nine projects from the Sauerland and the Waldeck-Frankenberg region, in which Christoph Hesse Architects dedicated themselves to connecting the built, natural, and social environment together with clients and users.

Exhibition
A large, round wooden table, is the central element in the exhibition. Upon this, are placed concrete and plaster models of buildings and landscapes that show Christoph Hesse’s diverse design vocabulary, both in planned and realised projects. Large-format pictures provide views of urban and natural landscapes into which his architecture is carefully embedded.

Made possible with the generous support of Kobe Design & Build GbR. 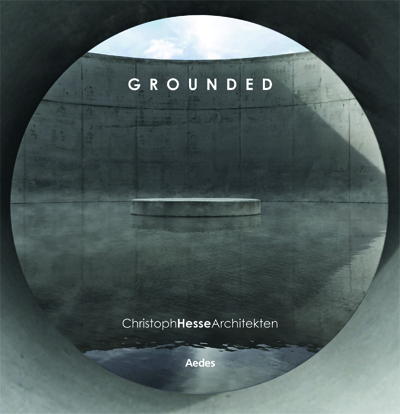