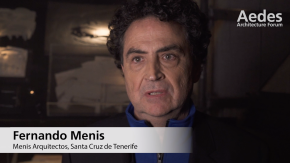 For the development of his architecture, Fernando Menis prefers to use three-dimensional materials such as clay in order to design shape and dimension of the buildings in an ongoing modelling process. During his 40 years of practice, a multitude of typologies has been created whose sculptural formal language possesses an outstanding expressiveness. In the exhibition, these models of planned and realised projects by the Canarian office are presented inside a walk-in cubic space, including the Concert and Congress Hall ‘CKK Jordanki’ in Toruń/Poland, the Hotel Complex ‘Bürchen Mystik’ in Switzerland or the Public Swimming Pool ‘Badeschiff’ in Berlin. Thus, the installation is dedicated to creative processes and innovative approaches that make the work of Menis Arquitectos so unique.

Fernando Menis' acclaimed architectural production includes a variety of typologies—from apartments, schools, cultural buildings, and hotels to sports facilities and public spaces. Many of his buildings, with their asymmetrical arrangement of concrete or stone structures, are striking signs of contemporary architecture. The heavy building material often surrounds cavernous interiors in which the daylight—entering through narrow slits—creates impressive light and shadow effects.

For Fernando Menis, form finding—he uses primarily clay models as a means—is a continuous process of addition and removal that is geared to program needs, constructive rationality and cost-effectiveness. In addition to the reuse of material resources, the integration of natural, cultural or historical influences of the place is a central aspect of his architecture in the structural implementation of the designs. Accordingly, the expressive forms correspond sensitively with their context.

Aedes presents an extensive retrospective that uncovers the creative working processes of Menis Arquitectos, which include research, experiments and the claim to innovation in the field of architecture and urban design. The central element of ‘Backstage’ is a walk-in installation in form of a 5x5x5 meter cube made of various building materials and elements. On the basis of a variety of models, plans and material studies, the show is dedicated to a selection of designs that are under construction or have been over the past years as well as to research projects of new materials, techniques and systems.

The most recent projects include ‘Bürchen Mystik‘ (Bürchen, Under Construction) that is a plan for the economical structural change of a decaying village in the Swiss Alps, the Culture and Congress Centre ‘Jordanki‘ (Toruń, 2015), which features a ground-breaking variable acoustic design and the prototype ‘Hatching‘, a life machine with zero energy cost, which makes habitats in deserts possible by harvesting water from the air. The ‘Magma Culture and Congress Centre‘ (Tenerife, 2005) is also presented—a perfectly adaptable building that has already hosted all kinds of events from cars fairs to scientific conventions, from pop-rock to chamber music concerts. Furthermore, the exhibition features a well-known Berlin project, which Fernando Menis designed in co-authorship: ‘Badeschiff‘ (Berlin, 2004), a public swimming pool located in the River Spree.

About
Menis Arquitectos was founded in Santa Cruz de Tenerife in 2004 by Fernando Menis. The practice of the architectural studio stands out for a respectful integration of the buildings in their context, the innovative use of traditional materials and creative recycling, the striking expression while keeping their commitment to the clients' needs and budget. Fernando Menis graduated from the Barcelona School of Architecture ETSAB. He serves as Chairman of the Laboratory for Innovation in Architecture, Design and Advanced Tourism of Tenerife and as a Professor of the EUC (European University of the Canary Islands). Occasionally, he is a guest speaker at international congresses of architecture and universities, such as Harvard, Technical University of Berlin, Columbia University and École Spéciale d'Architecture. The quality of the work of Menis Arquitectos has been recognized with prestigious awards, widely exhibited and published. 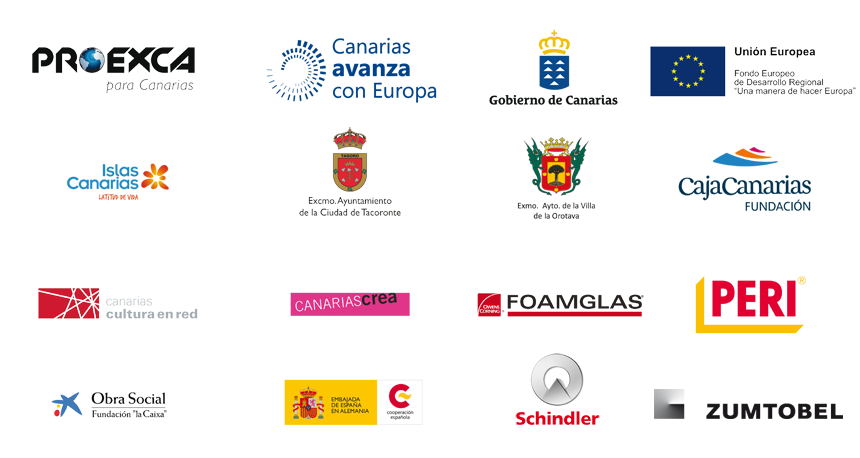