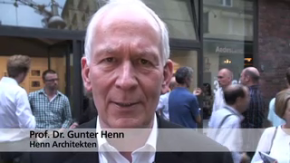 The exhibition 30/30 features photographs by architectural photographer HG Esch, who in summer of 2009 photographed 30 projects by Walter Henn and Gunter Henn in a period of 30 days. Through his images, Esch seems to trigger a dialogue between the two architects and their buildings. Walter Henn - regarded as a leading exponent of the Braunschweig School - had a substantial impact on industrial and administrative building from the 1950s up until the 1970s. This tradition - perpetuated in the buildings of Gunter Henn through the office Henn Architekten, founded in 1979 - has continued to expand its range with international success up to the present. If the buildings of Walter Henn are dedicated to the spatial structuring of processes and functions, then Gunter Henn combines formerly separate areas into hybrid buildings, for example at the “Gläserne Manufaktur” (Transparent Factory) in Dresden, where marketing, production, and management are interwoven with one another.

Through choice perspectives, HG Esch directs our gaze toward architectural detail, thereby detecting functional identities in photographic terms, while at the same time capturing the spatial qualities of both earlier and more recent buildings. These qualities are legible with especial clarity in the images of the Osram Headquarters in Munich, realized by Walter Henn in 1965, the first open plan office building constructed in Germany, and still regarded today as an instance of pathbreaking architecture, as well as in those of Gunter Henn’s projects, for example the Mobile Life Campus in Wolfsburg, where priority is accorded to collective thought processes, collaborative efforts, and the networking of various knowledge forms.

With the series 30/30 HG, Esch - who has for a long time now photographically accompanied projects in the areas of research, teaching, and industry on commission from Henn Architekten - strikes out in a new direction. In conceptual terms, the focus of his independent work is on the constants shared by the projects of both generations, and on the further development and design abstraction of functional requirements. The use of black-and-white photography divests his subjects of their temporal contexts, while the concentration on detail allows tangent points and differences in the production of both architects to emerge in relationship to their surroundings and of their utilizations.

Hans Georg Esch has been active as an independent architectural photographer since 1989. He lives and works in Stadt Blankenberg/Hennef. 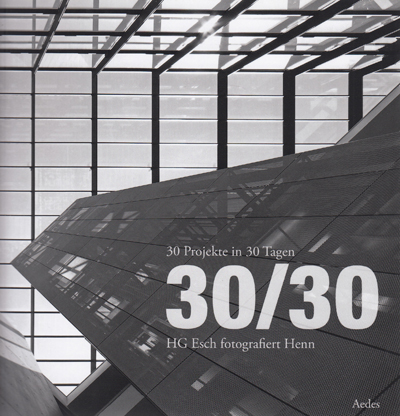