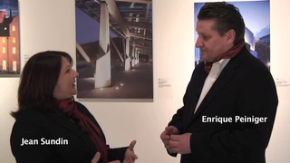 The exhibition Lighting Powers of Ten showcases the work of New York based Office for Visual Interaction (OVI), a partnership of Jean Sundin and Enrique Peiniger. This will be the first time that a lighting design firm features at the Aedes Architecture Forum. OVI’s unique blend of global reach, local knowledge, innovation, and technical excellence places them at the forefront of their field. Approaching light as a seamlessly integrated part of architectural design, Jean Sundin and Enrique Peiniger has collaborated with firms including Zaha Hadid, Enric Mirailles – Benedetta Tagliabue, GRIMSHAW, Morphosis, Pei Cobb Freed, and Renzo Piano.

Founded in 1997, Office for Visual Interaction, Inc. (OVI) is an international architectural lighting design firm that has been successfully involved in projects in North America, Europe, Asia, Africa and the Middle East. Its professional expertise spans all styles and scales. Recently, the firm’s LED streetlight for New York City won Architect Magazine’s Research and Development award. Their illumination of the United States Air Force Memorial garnered top prizes in the lighting industry including the GE ‘Edison Award’, Lumen Award of Merit, and IES International Award of Distinction; and lighting for the New York Times building won an IALD International Lighting Design Award of Merit.

The exhibition Lighting Powers of Ten at the Architecture Forum Aedes am Pfefferberg showcases four of OVI’s award-winning projects: the LED streetlight for New York City currently in prototyping, the lighting for the Scottish Parliament Building complex and grounds, an energy-efficient scheme for the New York Times headquarters, and illumination of the United States Air Force Memorial.
The exhibition provides a unique view into a sophisticated lighting design practice that works with precision engineering and conceptual clarity at every scale. A mix of photos and working drawings trace the development of each project through a range of scales – from regional considerations spanning hundreds of kilometers (10+5 m), to nano-scale wavelength manipulations (10-7 m).
Projected light model calculations from the Scottish Parliament, custom-designed luminaries from the New York Times headquarters, and prototype components from the New York City LED streetlight will put visitors in direct contact with the materials and processes involved in OVI’s work.

Jean Sundin is a founder and principal of Office for Visual Interaction, Inc. She is the Director of Education for the Professional Lighting Designers' Association, a professional member of the International Association of Lighting Designers, a member of the U.S. Green Building Council, a former board member of the Illuminating Engineering Society of North America and a former steering committee member of the Lighting Industry Resource Council. Ms. Sundin is a distinguished faculty member at Parsons School of Design in New York City, and has taught lighting courses for the Illuminating Engineering Society and at design schools worldwide.

Enrique Peiniger is a founder and principal of Office for Visual Interaction, Inc.  Mr. Peiniger is treasurer for the Professional Lighting Designers’ Association, and a member of the Illuminating Engineering Society of North America, American Institute of Architects, American Association of Museums and the U.S. Green Building Council. He has taught courses at the Technical University of Berlin and the Parsons School of Design in New York, where he is a distinguished faculty member. 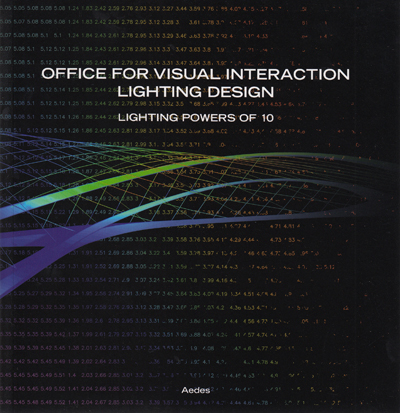