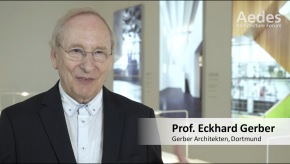 Admission is free, please register at [email protected] until 6 August 2019.

Since its establishment in 1966, the firm Gerber Architekten, with offices in Dortmund, Berlin, Hamburg, Riyadh, and Shanghai, has realized a wide range of building typologies, ranging from cultural, educational, and research buildings to new forms of housing and work environments. The exhibition ‘Konzept+Atmosphäre’ addresses the firm’s basic overall approaches: shaping architecture atmospherically by integrating landscape elements into the architecture, linking inside and outside, and directed lighting. Realized and planned projects that give rise to tangible architectural atmospheres by means of different conceptual approaches are presented using photographs and models. The aim of the team around Eckhard Gerber is to develop architecture that can be experienced in a multi-layered way, which besides the purpose-oriented functionality also affects people’s senses.

How is a place of emotion created based on an architectural idea? How can architectural work be presented in the abstract conceptual phase? How does the eye of the photographer capture the spatial atmosphere, a central topic for Gerber Architekten? The exhibition ‘Konzept+Atmosphäre’ at the Aedes Architecture Forum sets off on a search for traces in the work of the architecture firm.

Models and photographs show a cross-section of the architectural spectrum of Gerber Architekten—from cultural projects such as libraries and concert halls, to university and research buildings; from public to exhibition buildings to buildings for events and housing. On display are et al.: the King Fahad National Library in Riyadh, the Training and Research Centre for the Institute for Brewing, Berlin, the Biology Departments of Dresden Technical University, the MDR Broadcasting House Saxony-Anhalt, Magdeburg, and the Harenberg City Centre in Dortmund. In addition, six projects that are currently in process at the firm’s various offices in Germany and abroad are also presented.

The exhibition puts particular emphasis on architectural models, because their three-dimensionality makes them suitable for directly presenting the relationship between concept and atmosphere. Besides insights into the conceptual phase and the design process, Eckhard Gerber also explains how a building becomes a place that people can experience with their senses in a film interview.

About Gerber Architekten
Gerber Architekten is an internationally renowned architecture firm with over 180 employees, five offices, and national and international projects in Germany, China, and Saudi Arabia. The firm’s headquarters is in Dortmund, while other offices are located in Berlin, Hamburg, Riyadh, and Shanghai. Architecture, interior architecture, and urban planning and landscape architecture are the fields in which Prof. Eckhard Gerber and his team work. Among the most important projects by Gerber Architekten are the King Fahad National Library in Riyadh, the MDR Broadcasting House Saxony-Anhalt, Magdeburg, the New Karlsruhe Trade Fair and Exhibition Centre, and the U—Centre for Arts and Creativity in Dortmund. 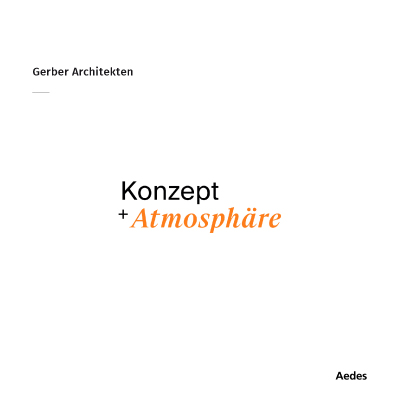