Zoom: From Object to Architecture 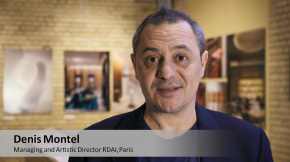 An Aedes catalogue will accompany the exhibition.

The exhibition 'Zoom' presents projects of different scales by the Paris based studio 'RDAI'. Originally established as an interior design studio and known for the numerous retail projects designed for Hermès, today RDAI's projects range from interior environments and individual objects to entire buildings. The studio's distinguishing characteristic is its conceptual approach, which involves considering “the whole” in order to produce a rational and coherent project.

The exhibition showcases among others, buildings like the 'Cité des métiers Hermès' in Pantin, France and a residential tower in Taipei, Taiwan as well as interior design works such as the bar and restaurant 'Les Bains' in Paris and the Hermès store in Miami, USA. The projects presented in the 'Zoom' exhibition reflect the variety of scales and interplay between them providing a clear focus on RDAI's conceptual work and showing its development from a small design studio to an international acknowledged architecture office.

Founded by Rena Dumas in 1972 'Rena Dumas Architecture Interieure' practices architecture, interior architecture and design. Since its inception the office has transcended the boundaries between these disciplines and approached every project with an understanding of its individual context. After a 10 years close collaboration with Rena Dumas, Denis Montel carried forward her legacy of excellence, exactingness and ethics. As a result the sister office 'RDAI-Architecture' was established in 2007. Today Denis Montel and his team deepen and expand the horizons of French architecture.

Through its creativity, versatility and rigor RDAI has achieved a worldwide reputation. The studios’ recent work demonstrates the dexterity that has enabled it to conceive a diverse range of projects, within a single sphere of ideas, including several stores across the globe for the Hermès group, the interiors of three apartment buildings in the United States and Brazil, a flagship store in Bangalore for the Indian jewellery company 'Ganjam', a prestige hotel in Qatar, a folly in a private park in Cleveland and the Louvre Museum boutique.

In France, RDAI architecture was awarded the 2014 'Equerre d’Argent' prize for the 'Cité des métiers Hermès' in Pantin.

With many thanks for the support of the exhibition to: 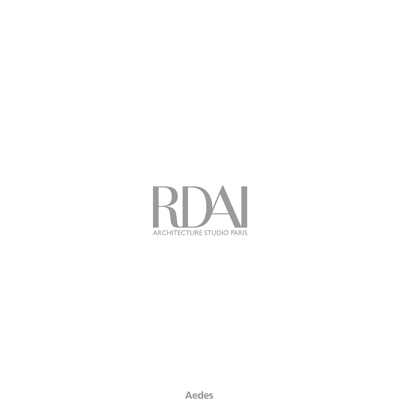