The Informal City of Century XXI

A vision for the future of favelas in São Paulo 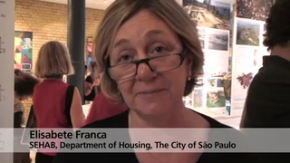 The exhibition is an interactive show and suggests a visit to the metropolis of the future based on the urbanization of favelas (slums). São Paulo agglomerates more than 1500 favelas and an immense challenge to transform them into districts integrated within its territory. Favelas as part of the city which does not have legal urbanization – where subdivision of the land is uncontrolled and the buildings have no planning, resulting in so called “spontaneous settlements”, having little or no infrastructure and services. This is a reality common to almost all metropolises on all continents.

The Paraísópolis favela serves as background and matrix of study for the project. It reveals all the problems of its surroundings. The exhibition presents the result of various collaborations by brazilian and international architects under for headings: Connections, Transition, Fruition and Transformations that show interventions in utilizing alternative technologies for water, sewage, energy, erosion control and transport as well as proposals for housing, infrastructure and park.

Detailed blueprints, statistical data and definitions of social, political and special characteristics of the favelas are shown as an analyses of the territory´s precarious occupations plans, photographs and videos illustrate the complexity of the projects.

The idea of bringing together this group of projects that (re)design the informal city seems to follow naturally from the projects presented at the Rotterdam Biennial in October of 2009: "Open City: Designing Coexistence" in collaboration with the curators of the "Squat" section Rainer Hehl und Jörg Stollmann. Creating a network of successful experiences, resulting from the ideas of architects and urbanists, represents a good way forward and a good model for the universalization of necessary and possible practices - all with the same intention: to redesign the informal cities of the 21st Century.

The exhibtion is presented in the context of the ANCB Re-act-Lab 2010 ‘The São Paulo Experiment’
and of the exhibition ‘Measure of Man – Measure of Architecture’ by Aedes East Forum. 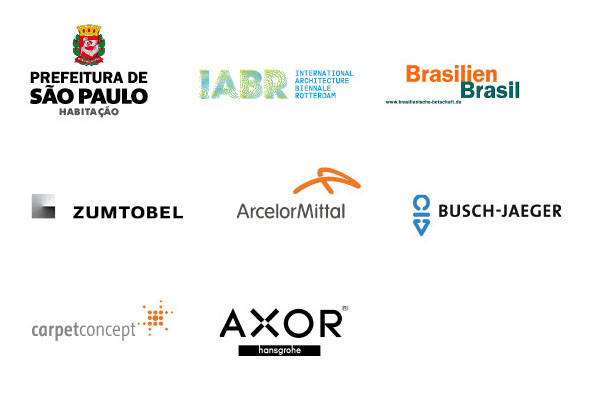