Modern Ruins - A Topography of Profit

A photographic inventory by Julia Schulz-Dornburg 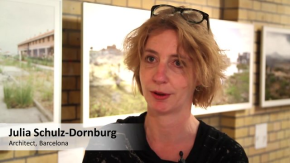 The exhibition "Modern Ruins - A Topography of Profit" represents the fruits of a two-year research project undertaken by Julia Schulz-Dornburg. Beginning in 2010, she worked on a photographic inventory of abandoned speculative architecture in Spain that dramatically exemplifies the destructive environmental impact of the policies that promote global financial speculation. On view are landscapes containing unfinished and deserted architectural complexes. These massive edifices, including all manner of leisure enclaves and tourism and residential complexes, have not only transformed extended sections of coastline regions, but have also penetrated into the country's interior provinces. The abortive demise and deterioration of these settlements, triggered by the bursting of the real estate bubble, has generated images of forbidding beauty that strikingly illustrate the discrepancy between the short-term thinking driving such speculative projects and their long-term negative consequences. Eloquently and visually incisive, these images emblematize the intricate web of social, economic, and political forces that continue to proselytize – without apparent signs of fatigue – growth as the sole basis for maintaining prosperity.

The exhibition is neither a survey of failed building ventures, nor is this collection of construction ruins intended as representative. Presented instead is a personal selection from among the 60 locations that were inspected and photographed along the route of an investigative journey 10,000 km in extent. The technical information on this photographic inventory is derived exclusively from property developers, municipal archives, and official registers. The photographic documents of these speculative buildings are exhibited together with promotional materials, the genesis of their planning as reconstructed by the author, and development plans approved by the respective municipality. A large-format satellite image and site plan of the densely developed topography, with 19 golf and leisure enclaves in various planning stages, is supplemented by a comprehensive selection of advertising videos and fictive bird's eye perspectives. Only through such a multilayered interpretation, one that involves an interdependency between reality and fiction, can the indescribable be comprehended, the improbable be constructed, allowing exhibition visitors to draw their own conclusions.

Julia Schulz-Dornburg, who was born in Munich in 1962, completed her studies at the Architectural Association in London. She has lived and worked as an architect in Barcelona since 1991. Her practice has been awarded the Prize of the City of Barcelona, the Premi Triennal d'Arquitectura del Maresme, and the FAD prize for temporary installations (twice), among others. She is the author of the volume Art and Architecture: New Affinities, which appeared in 2000 published from Edition Gustavo Gili, and Ruinas Modernas, una topografia de lucro, which appeared in 2012 (Ámbit Publishers). 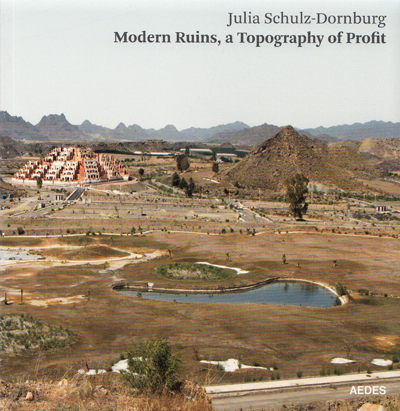