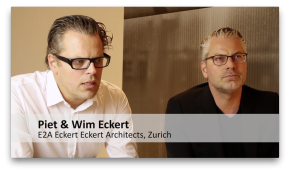 Bodies and layers: these terms single out two fundamental design strategies employed by the architectural practice, founded in Zürich in 2001. Referred to is not simply the material interpretation of a concrete context within which a building emerges, but instead and in particular the principles through which they are endowed with form – principles that are capable of coming to terms with criteria of aesthetics and construction as well as with the forms of resistance which are encountered within the architectural discipline.

Piet und Wim Eckert have developed a strategy for generating organizational forms which involves the correlation and superimposition of various layers within their buildings, and one that is capable of negotiating antagonisms and contradictions. In view of the growing complexity of constructive tasks and the increasingly divergent expectations with which architects are confronted on the part of politicians, social forces, and clients, these architects are particularly interested in solutions which can be implemented via the weighing and prioritization of a new understanding of architectural coherence, thereby allowing new forms of urban added value to emerge.

The thematic focus of the exhibition is on projects for residential and cultural projects from Germany and Switzerland that were produced between 2008 in 2012, for the most part in the context of the office’s participation in competitions. The projects are presented in the form of 12 three-dimensional, entirely white presentation models which focus on the conceptually essential, and hence formulate a clear distinction vis à vis the significance of the visible versus the nonvisible. Legible as x-ray images or and full body scans, they strikingly demonstrate the consistent interest on the part of these architects for giving form to architectural strategies which have been designed specifically for concrete locations.

The visitor’s understanding of the projects is deepened through selected details such as figure-ground diagrams, sections, and plans which are presented on banners suspended from the ceiling. Their partial perspectival superimposition – which interferes with the viewer’s capacity to grasp the exhibition “at a glance” – elicits an active exploration of the display items, yet without prescribing a route through the presentation. Juxtaposed in the exhibition are observations concerned with space-constituting form, organization, and structure. 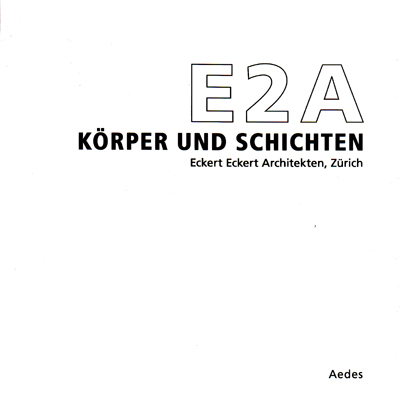