In the State of Spatial Practice

Organized by Aedes Architecture Forum with support from the BMW Guggenheim Lab. 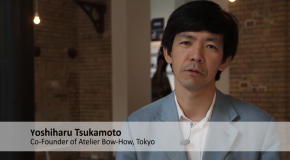 Atelier Bow-Wow is known for their small housing designs within the dense urban areas of Tokyo. But besides these, they have been also working on urban and public spaces.
It first started as an urban research project, which resulted in the publication “Made in Tokyo”, the exploration of the hybrid urban environment, and “Pet Architecture Guidebook”, a typological study of extremely tiny buildings, which illustrate the spatial practice in the course of rapid urban transformation.
Secondly, they developed their interest in public space through several social experiments in the framework of international art Biennales held in different places on the globe. In these projects, the relationship between people’s behaviors and environmental settings as well as daily devices in each places were investigated and then dissimilated in order to activate the participatory behavior into a shared experience embodied in each individual. The results were intimate, temporary gathering spaces in the city – locations, which they call Micro Public Space.
Thirdly and recently, Atelier Bow-Wow has realized three bigger public spaces: Miyashita Park, Kitamoto KAO Project and the BMW Guggenheim Lab.

Miyashita Park: Atelier Bow-Wow renovated a 50 years old park situated on the roof of a parking structure in Shibuya, one of the busiest commercial areas in Tokyo. They collaborated with Nike Japan and the local municipality with the aim to invite potential users into the park by improving the existing structure through the introduction of new sports facilities such as a skateboard park and a climbing wall. This opened a new framework of public space, which was donated equally by private enterprises, initiated by the municipality and private companies. The project provoked various discussions on public space, including the one related to the treatment of homeless people, who are gathering in and around the park.

Kitamoto KAO Project: This project involves not only the design of a new station plaza, but also the provocation of the civic attention on town management and the revitalization of existing commercial streets in order to prepare for a new mode of citizen life in the super-aged society of typical Tokyo suburbia. Atelier Bow-Wow has been working for 5 years on this project during which they firstly reduced the traffic area covered by asphalt and produced green gathering areas for the public. The operation was the key catalyst of the project: A new committee to discuss the use of this public space was formed, the human resources who actually use it and thus activate it were identified and various activities including a vegetable market and a crafts market were proposed and are presently prepared for the grand opening.
The project exemplifies a new type of public sphere by connecting the producer of the urban environment (municipality, engineer, architect) with the citizen.

BMW Guggenheim Lab is an experimental public space with free programs well considered by Guggenheim’s curators in a temporary structure, which is designed by Atelier Bow-Wow. The building is considered to be a pop-up fly loft theatre in the city that allows various modes of activities such as workshops, lectures, exhibitions, film screenings, receptions etc. to happen. Furniture, screens, lighting and stages are suspended in the loft space and provided according to the activities on the ground level. It is less the very light and minimum structure made of carbon fiber* which is defining lab space, but rather the rhythm of the ongoing programs and the human behavior which is why the public spaces might appear quite different in different places. The Lab travels through three different cities from New York to Berlin and afterwards to India.

The exhibition In the State of Spatial Practice – Public Space by Atelier Bow-Wow, presenting the works and thoughts of Atelier Bow-Wow on public space, focusing on these three projects, coincides with the stay of the BMW Guggenheim Lab in Berlin from June 15 to July 29, 2012 at Pfefferberg which will be presented in collaboration with ANCB The Metropolitan Laboratory. 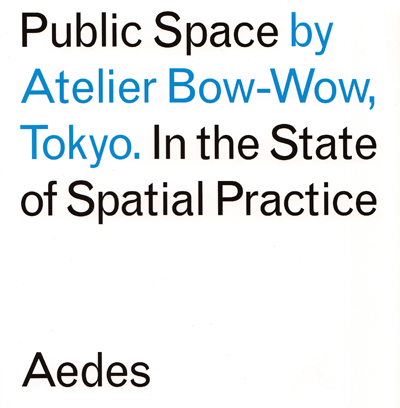