ARCHITECTURE WITH THE LEFT HAND 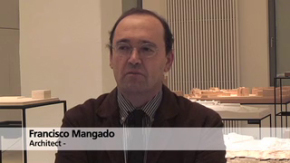 Born in 1957, Francisco Mangado is recognized as one of the most prominent and prolific Spanish architects of his generation. Among his most widely published and acclaimed works and with which he has acquired international recognition are the Baluarte Congress Center and Auditorium which has been build in his native region, Pamplona; the Spanish Pavilion at the Expo Zaragoza 2008, awarded him with a UIA Giancarlo Ius Gold medal besides Spain’s National Architecture Prize for an individual work; with the design of the Archaeology Museum in Vitoria, he won the European Copper in Architecture Award; he has been also acclaimed for the design of the Municipal Exhibition and Congress Center in Ávila, which along with the Congress Center and Auditorium Baluarte made possible the exhibition On-Site: New Architecture in Spain, held in 2006 at the MoMA Museum of Modern Art in New York; his most recent project is the Municipal Auditorium of Teulada (Alicante), the first building which has been designed by Mangado for the Mediterranean coast.

In addition to public and private buildings, Mangado designes an own product line of lamps, chairs, and benches. While his work focuses mainly on education as professor at the University of Navarre, he also gives regularly conferences at schools of architecture abroad, such as Harvard and Yale and currently holds a lecturer position at the EPF in Lausanne. Also noteworthy is Mangado’s commitment to boost architecture’s interaction with other disciplines and sectors in the framework of the Fundación de Arquitectura y Sociedad where he is director.

Among his publications are Spain Builds (in collaboration with New York’s MoMA) and Atlas, Global Architecture circa 2000 (with the BBVA Foundation). He has curated exhibitions such as El espacio privado in Madrid and Extreme Eurasia in Tokyo.

The flexibility in Mangado´s work is just as crucial as its mediating function - between social actors, materials and history. Quoting his words: “Time is the key material in the undertaking of architecture; the search for beauty has an ethical dimension in architecture; shape in architecture, can only be understood as being subject to content; architecture has a civic dimension and is a social discipline”.

The touring exhibition ‘Francisco Mangado Arquitecto’ premiered early this year in the Cultural Institution Círculo de Bellas Artes in Madrid, has previously been shown at the Municipal Auditorium in Teulada - a building which has been also designed by himself – and at the Palacio del Condestable, in Pamplona. His creative and professional development as an architect and industrial designer is illustrated through models of his construction projects as well as through the digital presentations of interior and urban furniture, which represent a large amount of the Navarrese’s production.

A documentary film takes the visitor on a tour of his major built works while simultaneously conveys his deepest convictions and reflections, candidly expressed in an interview, supplemented by short performances by mentors, supporters and friends such as Rafael Moneo, Álvaro Siza, Eduardo Souto de Moura and Juan Herreros. In the end, a Moleskine notebook offers a selection of his drawings, writings and photographs of his projects which will be publish together with an exhibition catalog by AEDES (10. - €).

After Berlin, the exhibition curated by Ariadna Cantis will be on display in Ljubljana, Lausanne and Paris. 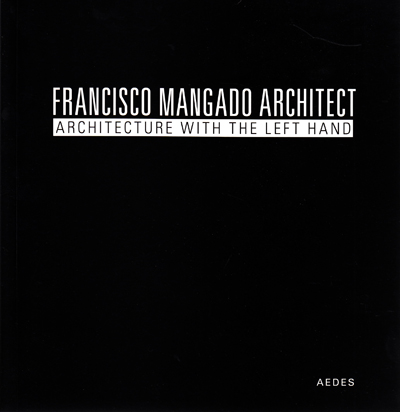