The Quarter at the “European Embankment” was an invited competition for the development of one of the most important development areas in central St. Petersburg, with the result being decided in March 2009. The 9.9 Hectare land, centrally located in the „Naberezhnaya Ewropy“ - „Europaufer“ industrial wasteland, lies on the small arm of the Neva River. Opposite the hermitage, stock exchange and directly downstream from the Peter-and-Paul fortress, the historical centre of the former Zarenstadt, the planned development is situated in a very prominent neighbourhood amongst almost all of the city’s landmarks. The renewal of the European-oriented city development and the adoption of typically local characteristics in the brief, ensured acceptance by the St Petersburg residents who recently demonstrated their concern for the city’s history by protesting plans for a high-rise in the world heritage area. Contributors included David Chipperfield Architects, London/Berlin, Mario Botta, Lugano, Rafael Moneo, Madrid, Studio 44, St. Petersburg as well as the competition winners, the planning co-operative Evgenij Gerasimov, St. Petersburg and Sergei Tchoban, Berlin. With the publication of the competition results, St. Petersburg’s mayor, Valentina Matwijenko, announced the re-planning of area would finally complete the string of facades along the river´s bank. Construction is planned in several phases up until completion in 2016. An additional project phase involved the design of a Theatre in honour of Boris Eifman’s renowned Ballet Company which will be integrated into the heart of the area. The participating offices include: Atelier Jean Nouvel, Paris; Snøhetta AS, Oslo; UN Studio, Amsterdam; and the architecture office of Zemtsov, Kondiain and Partner, St. Petersburg. The winning entry is the contribution of UN Studio. This exhibition presents the competition entries for the master plan and dance theatre in an atmospheric setting. The individual designs expose the various approaches of these contemporary architects with regard to the historical context and world heritage site in the northernmost Metropolis in the world. Plans, models and large-scale visualisations of projects and the area, demonstrate the current setting as well as the future of European riverbanks. 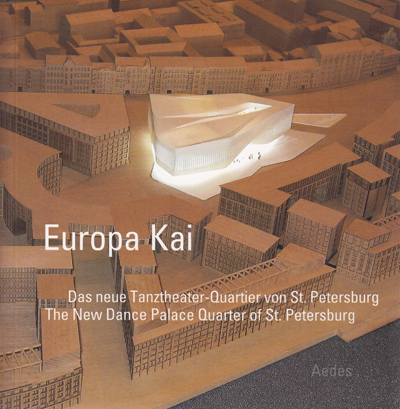