Nightscape 2050 A Dialogue between Cities.Light.People in the Future 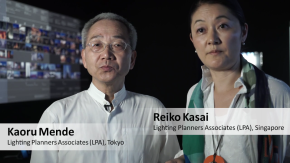 The subject of light and lighting is more relevant than ever, as evidenced by the UNESCO global celebration of 2015 as the International Year of Light. The exhibition “Nightscape 2050” by Lighting Planners Associates (LPA) explores the interactions between people, light, and cities in the year 2050. For LPA the word “nightscape” does not only refer to the evening view, but also includes the individual: “nightscape = humans and cities at night.”

The emergence of new light sources such as LEDs, OLEDs, and lasers as well as the evolution of lighting-control technology in the 21st century may dramatically change our living environment. At the same time, numerous natural disasters, manmade disasters, and environmental changes have forced a discussion on how to approach energy consumption including how to power lighting.

There are both optimistic and pessimistic views on the interactions between humans and the use of light. Endlessly evolving optical technologies have provided us not only the convenience but also the pleasure of freely manipulating light and shadow. On the other hand, the use of artificial light has greatly impacted the circadian rhythm of humans and animals, and we now face the problem of light pollution nearly everywhere. How can lighting design contribute to the creation of “wonderful light enjoyed by all people”? What is the outlook for our lighting environment in 2050?

With this travelling exhibition “Nightscape 2050” and on the occasion of its 25th anniversary in 2015, LPA seeks to spark a worldwide dialogue on light and its future development. Beginning at Aedes in Berlin, this dialogue will then proceed to the cities where LPA has its offices: Singapore, Hong Kong, and Tokyo.

The exhibition explains LPA’s engagement and raises questions surrounding the world of light and lighting design. Seven chapters explore the company’s ongoing dialogue with nature and nightscapes around the world, through workshops and symposiums held with colleagues and children, and present its visionary scenarios for 2050. Additionally, LPA will present a timeline of architectural lighting design, an overview of the company’s projects, as well as its latest monograph, “LPA 1990–2015.” On display will be LPA’s creations for the Tokyo International Forum in Tokyo / Japan, the Sendai Mediatheque in Miyagi / Japan, the Nagasaki National Peace Memorial  / Japan, the Lighting Masterplan for Singapore’s City Centre / Singapore, the Alila Villas Uluwatu in Bali / Indonesia, the Garden by the Sea in Bay South / Singapore, the Prefectural Art Museum in Oita / Japan, and others.

LPA is an organization of lighting specialists established in 1990 in Tokyo, Japan by lighting designer Kaoru Mende. Its goal is to design and build outstanding lighting environments that enrich our architectural and lighting culture. LPA has collaborated with internationally renowned architects such as WOHA, Toyo Ito, Zaha Hadid, and Shigeru Ban and participated in over 500 projects, largely in Asia. The firm handles a wide range of projects, from residential, hotel, commercial, public spaces and landscapes to large-scale urban lighting projects, and has received numerous international lighting design awards. LPA actively promotes the appreciation of lighting culture and public awareness of good lighting through talks, workshops, and public forums for people aged 9 to 90 through its non-profit wing, the ‘Lighting Detectives’. 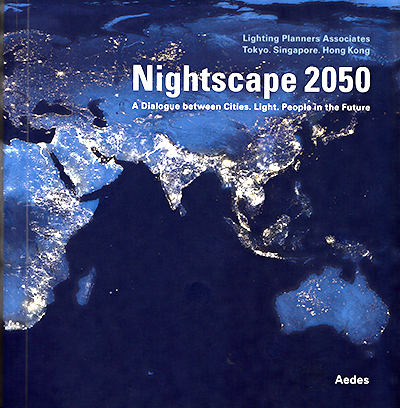