The Library of Birmingham and Other Buildings for the Public 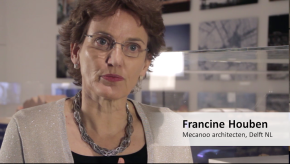 Lectures:
On the occasion of the opening of the exhibition we cordially invite you to a lecture by Francine Houben: ‘People, Place, Purpose‘

The exhibition ‘A People's Palace‘ presents recent projects by the Netherlands-based office Mecanoo architecten. Over the past three decades, Mecanoo’s highly multidisciplinary approach has resulted in a wide-ranging portfolio of designs that are realized with technical expertise and great attention to detail.

The exhibition showcases Mecanoo’s major public projects, like the Library of Birmingham, UK, the municipal offices and train station in Delft, the Netherlands, the Wei-Wu-Ying Center for the Arts in Kaohsiung, Taiwan and the Bruce C. Bolling Municipal Building in Boston, USA. All projects share a focus on interaction, creating a sense of community, transparency and a design that invites visitors to stick around, both inside and outside. Mecanoo’s founder and creative director, Francine Houben, believes that public buildings are the social and cultural heart of society and states: “Public buildings need public space and should be welcoming to everybody.”

The prime example of this vision is the Library of Birmingham, one of the largest libraries in Europe at the city’s main Centenary Square. Mecanoo aimed to design a building that is inviting welcoming and inspiring for people of all ages and backgrounds - a real public building that also creates an outdoor public space. The circular amphitheatre in the square reveals a glimpse of the inner library world to the public and sets the tone as a performance space. Over 2.7 million people have visited the Library of Birmingham in its first year since the opening in September 2013. Today it is the place to be for community events, studying, working and meeting people.

Mecanoo, founded in Delft in 1984, is made up of a highly multidisciplinary staff of over 120 creative professionals from 25 nationalities and includes architects, interior designers, urban planners, landscape architects and architectural technicians. Francine Houben sees the office as a symphony orchestra, bringing together urbanism, landscape, architecture, restoration and interior design in a coherent way. The office has won numerous international awards. The Library of Birmingham has been nominated for the prestigious Stirling Prize 2014. Architects’ Journal named Francine Houben Woman Architect of the Year 2014. 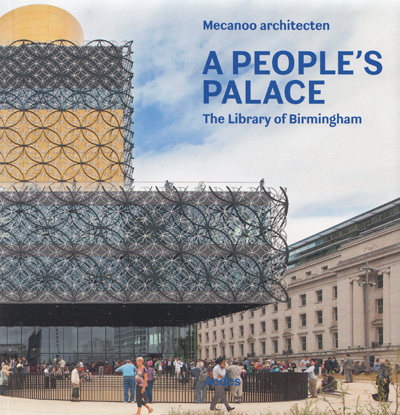