Seoul: Towards a Meta-City 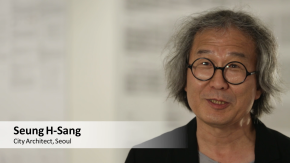 When Seoul was established as the capital of the Joseon dynasty in the late 14th century, Seoul’s cityscape reflected an ethical understanding between humans and nature, demonstrating the national emphasis on the people itself. In fact, old Seoul manifests the modern values of a city as described by David Harvey the current professor of the City University of New York, that stress ethics instead of aesthetics, narrative instead of image, and creation instead of completion.

Today, Seoul is attempting to restore the lost originality with a new urban landscape reflecting a new set of values. In this modern era, Seoul realized the importance to reestablish its identity with realistic and social intentions. To accomplish this goal, the city determined three key objectives: revival of history, restoration of nature, and renewal of people’s lives.

The exhibition shows seven different ongoing projects in Seoul that demonstrate the new approach to the urban fabric of the city, that are: the Scientific Conservation and Creative Intervention on Seoul City Wall, the project for the Baeksa Village Residential Area Preservation, the Sewoon Mega Complex, Projects for the Social Sustainablilty of New village Gija – Chon, Yongsan Park development, the Mapo Oil Depot and the Community Building in Seoul.

Seoul is not a metropolis striving to develop and expand but a meta-city seeking a dedicated balance between restoration and change. In a meta-city, all individuals are valued equally and acknowledge the differences among them. The various relationships in a meta-city are not linear or hierarchical but variegated and intricate. A number of restorative public spaces serve to revitalize the individual health and the collective identities. The present and the past coexist and the city functions to both reminisce the past and plan for the future. Also, Seoul will constantly reflect on the city’s values and uphold the dignity of the people. 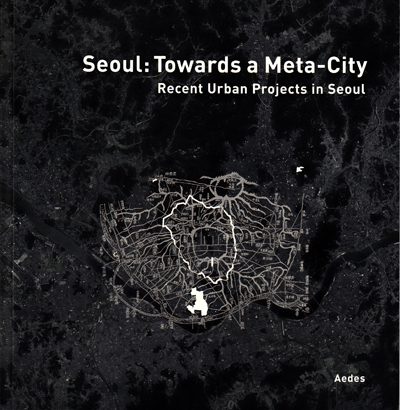