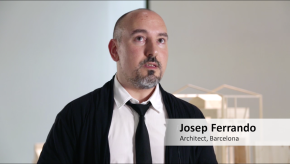 The exhibition presents for the first time in Germany the work of the architect Josep Ferrando from Barcelona. His buildings distinguish themselves through the reduction of the principal materials used. The selected materiality and the sensitive use of lighting open up subtle spatial connections that are made visible and perceptible through the dialogue between “Matter and Light”.

Josep Ferrando declares: ”The essence of the architectural project or the final built work is characterised by an inherent duality between the place and the architect. The place forms the basic state – the real-life framework of the planning area. Through a personal interpretation of the place and the building brief along with the choice of tools, the architect brings together all parameters that influence the construction process until finally a building emerges: the architectural work as a combination of light and matter. The volume, formed from matter, is as such inanimate - silent and still. Light, however, with its infinite expansion confined by the contours of the architecture, creates the effect of being alive, moving and dynamic.”

Place, light and space are also the main elements of the exhibition design itself. The exhibition installation is focused around twelve models, each built with just one of six materials: glass, steel, wood, stone, ceramic and concrete. Plans, drawings, elaborate models and movies document the high aesthetic quality in each of Josep Ferrando’s buildings. A lively interplay of projections on the walls of the exhibition space presents more information, photographs and details about the architecture. The projects on show include a golf club in Rio de Janeiro, Brazil, a police station in Salt, Spain, a crematorium in Basel, Switzerland, the University Campus in Tortosa, Spain as well as a house in Llerona, Spain.

Josep Ferrando combines professional and academic activities since the beginning of his career and has been teaching since 1998 as a design professor at Escola Tècnica Superior d’Arquitectura de Barcelona (ETSAB), La Salle Architecture School Barcelona (ETSALS), University of Illinois at Chicago (UIC), Istituto Europeo di Design (IED), the School of Design and Art, Barcelona (Eina) and was visiting professor at the Hochschule für Technik Zurich (HSZT), Escola da Cidade in São Paulo, Universidade Positivo (UNICENP) in Curitiba, and Universidad Torcuato di Tella in Buenos Aires. His works have been exhibited internationally, including in the USA, Switzerland, Sweden, Norway and Portugal. His current exhibition is on display in Palazzo Bembo as part of the 14th International Architecture Exhibition – la Biennale di Venezia. 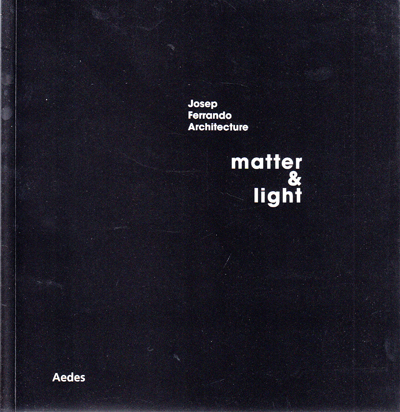