Visions of the Alhambra - Álvaro Siza 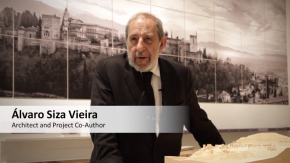 An exhibition by Aedes Architecture Forum Berlin with the Council of the Alhambra & Generalife, Granada showcasing the project New Gate of the Alhambra, designed by the Portuguese architect Álvaro Siza Vieira (Oporto, 1933) and Juan Domingo Santos (Granada, 1961), which won the 2010 International Competition for New Visitor Access to the Monument

The Alhambra is one of the most eminent World Heritage Sites in Europe. This significance is highlighted especially in the context of current times, as it represents periods of respect for diversity, pluralism and the co-existence of different cultures and religions.

After the first exhibition with Álvaro Siza 30 years ago, Aedes is pleased to join this outstanding architect again to showcase his work. The exhibition will consist of several original sketches for the project of the New Gate of the Alhambra by the architect who also received the prestigious Pritzker Prize in 1992. In addition the exhibition will display models, executive drawings, an installation as reference to the Alhambra, photographs and interviews that will bring the Berlin audience closer to the Alhambra New Gate project, a creation that Siza himself confessed to be the “project of our lives. I am totally devoted to it. Each project is a challenge but this one is mythical.” The exhibition provides a comprehensive understanding of this remarkable project. It will also give an insight in the historical and cultural context of this more than 1000-year-old monument.

Moreover, following this concept, the exhibition will demonstrate through several examples the close relationship that exists between Siza, Juan Domingo Santos and the Monument. In Álvaro Siza’s case, he visited the Alhambra for the first time with his father, when he was still a child: “I was charmed. Then I came back several times, sometimes with great experts of the Alhambra, which allowed me to soak in its history." Juan Domingo has a similar relationship to the monument, as he grew up in Granada with the Alhambra and its gardens.

The New Gate project will involve the rearrangement of a different entrance to the Alhambra, a work that according to its authors “will be complex” and that will integrate the landscape considering the territorial and archaeological relevance.

According to the General Director of the Council of the Alhambra and Generalife, María del Mar Villafranca, "the New Gate of the Alhambra consists in itself of a great cultural project. This new reception area has brought us the challenge of sharing past, present and future in an environment of privileged relations with this place, setting it up in order to enjoy the heritage in an organized manner and to experience it better thanks to the perspective of a complex architectural concept."

After a stint in Berlin, the exhibition will be presented at the Vitra Design Museum in Weil am Rhein from June 13 to August 31 and will settle then, in Spring 2015, in the Monumental Complex of the Alhambra and Generalife.

The Council of the Alhambra and Generalife serves the needs of protection and conservation of this important and unique heritage site and does so in a modern way that transcends the historical, artistic value, including the preservation of the environment and the landscape according to its urban nature within the historical site of Granada. The Alhambra and the Generalife were declared a World Heritage Site by UNESCO in 1984. The Council of the Alhambra and Generalife is the agency responsible for the protection, management and conservation of the monument, together with all buildings, forests, gardens, crops and land; it is responsible as well for the conceptualization and the development of conservation, restoration, excavation and research plans and, in general, for everything that consists, is influenced or could be affected within the boundaries of its land and beyond. 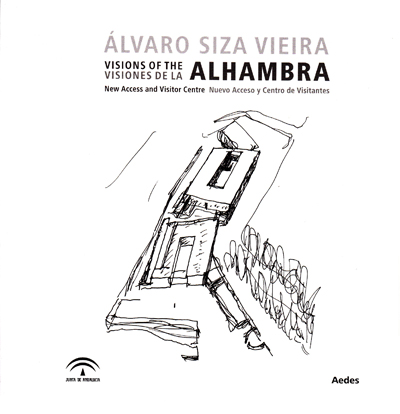